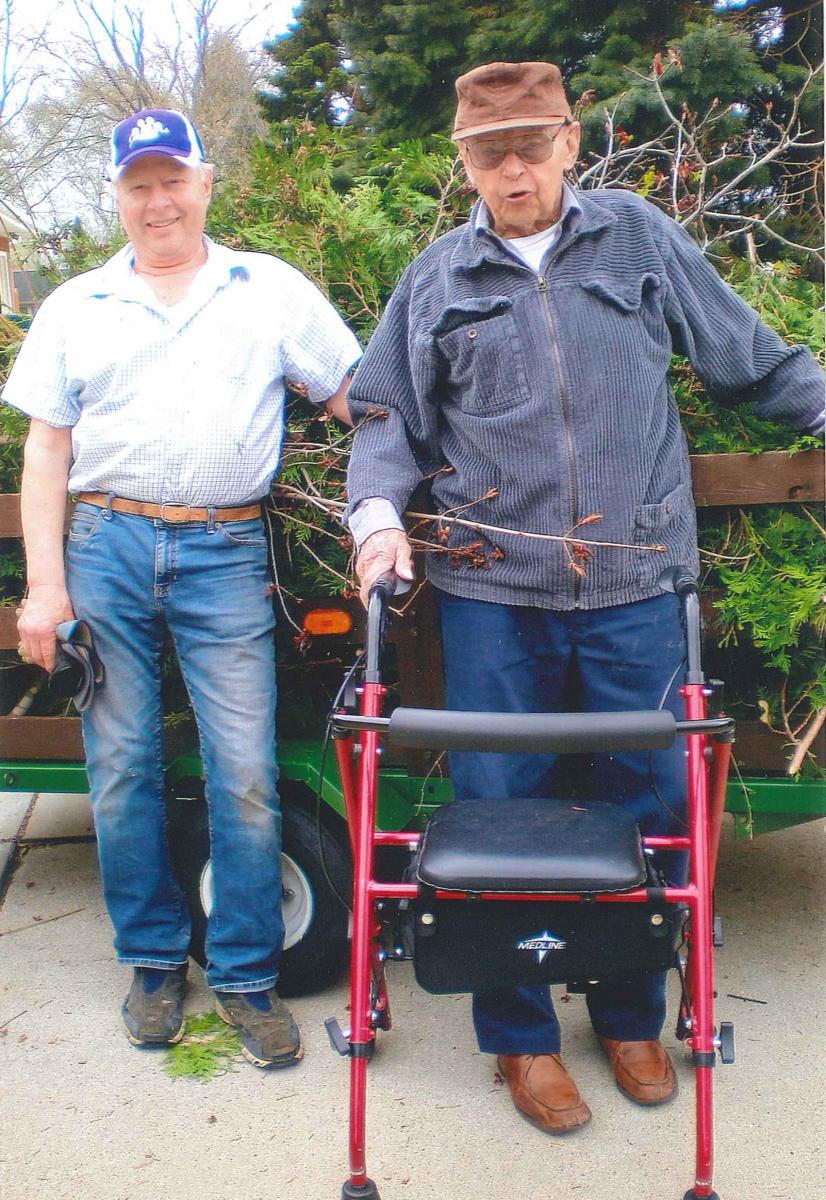 The memories and stories we gather in our lives are the things we hand onto the tightest. For Steve Kuchta, the stories never dulled and were told to anyone who had a spare minute. Gary, Steve’s oldest son, knows his dad’s stories by heart. To Gary, his dad was always the provider – the strong presence in his life and role model. “Dad was always independent,” Gary Said. “He even drove until he was over 100.”

After an incident following a family member’s birthday celebration the family decided Steve, 103 old, could no longer live on his own. Gary was suddenly a caregiver to his father. “It was tough on us,” Gary said. “We wanted to do what was best for dad, but I was spending all my time with him. I didn’t see my wife much.” In June of 2014 Steve moved to an assisted-living facility in Green Bay where he was referred to Unity.

“We really didn’t know what to expect,” Gary said. “But the Unity nurse came to our home and basically said ‘We’ll take it from here.’ It was truly amazing. Unity was always there to care for him and make him comfortable. They truly took over all the duties we could not handle. I was able to spend more quality time with him instead of just caring for him.” On the day Steve died, Gary opened his Bible to Psalm 146 and read verses 1 and 2. The last sentence read; “I will sing praises to God with my dying breath.” After the reading Gary looked down and his father had stopped breathing.